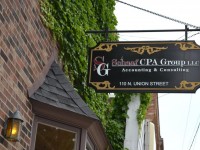 Rejoice if you operate your business as a sole proprietorship, partnership, or S corporation.  The simplified synopsis:

You can reduce your business profit by 20% if your overall annual income (not counting capital gains)  is less than $315K (married-filing-jointly) or $157.5K (single).

If you make more than $315K/$157.5K, then the discussion starts to become complicated – the law was written to try to keep high-earners from converting from a W-2 employee to a self-employed business; so you may not be entitled to the deduction if you make over these amounts.

It appears that the average middle class W-2 wage earner is going to be tempted to convince his employer to treat him as an independent contractor in order to:

Imagine a married salesman who makes $120K/year.  The salesman has $20K of un-reimbursed work-related expenses.

Under the current law, the salesman pays tax on $120K at the following rates:

If the salesman forms an S Corporation and convinces his employer to give him a 1099 instead of a W-2, then:

There are, of course, potential downsides/risks to this decision (foregoing the retirement plan matches from employer, foregoing subsidized health insurance from employer, increased audit risk) that have to be weighed.

As with most tax-related issues, the devil is in the details – contact us to make sure you know all of the angles.

In general, the new tax Act provides for stricter limits on the deductibility of business meals and entertainment expenses. Under the Act, entertainment expenses incurred or paid after December 31, 2017 are nondeductible unless they fall under the specific exceptions in Code Section 274(e). One of those exceptions is for “expenses for recreation, social, or similar activities primarily for the benefit of the taxpayer’s employees, other than highly compensated employees”. (i.e. office holiday parties are still deductible). Business meals provided for the convenience of the employer are now only 50% deductible whereas before the Act they were fully deductible. Barring further action by Congress those meals will be nondeductible after 2025.

Meals with clients or others (business related): 50% deductible